Using a Pepper’s Ghost Illusion, my team of four created dream inspired installations of ourselves using our locker’s as a space. We started by filming each other doing an activity related to a dream we had using a green screen. I chose to run because I often have nightmares of running away from something or someone. 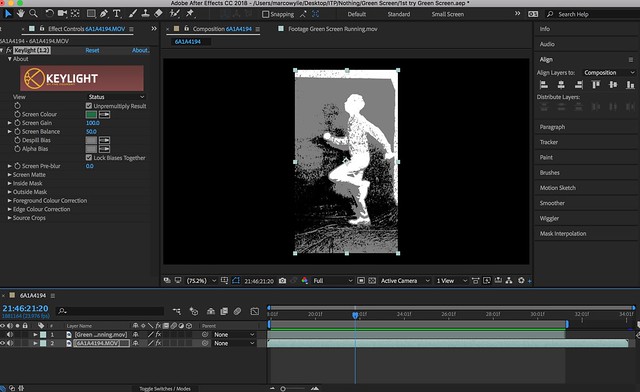 After deleting the background in After Effects and making it black, I found two images online that corresponded with the dreamscape I wanted to portray. 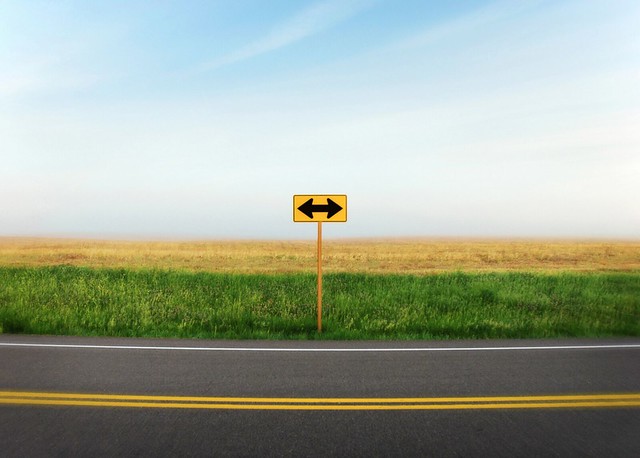 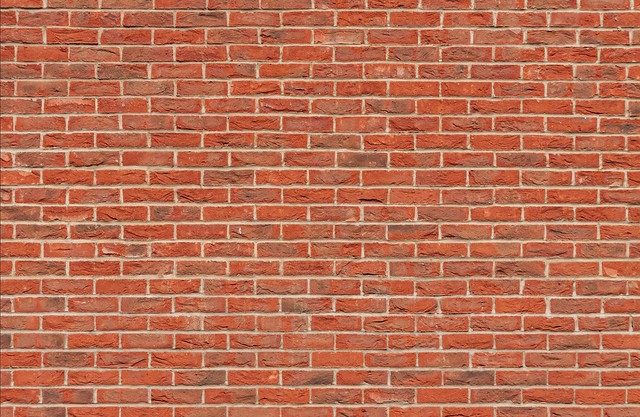 To create an illusion of running through a brick wall, I measured out about an inch and keyed myself out in After Effects. I was lucky because the brick wall I created was exactly the right size for the video loop.

I lined my locker with black paper and posted an image of a sign in the middle of a field on the main stage. 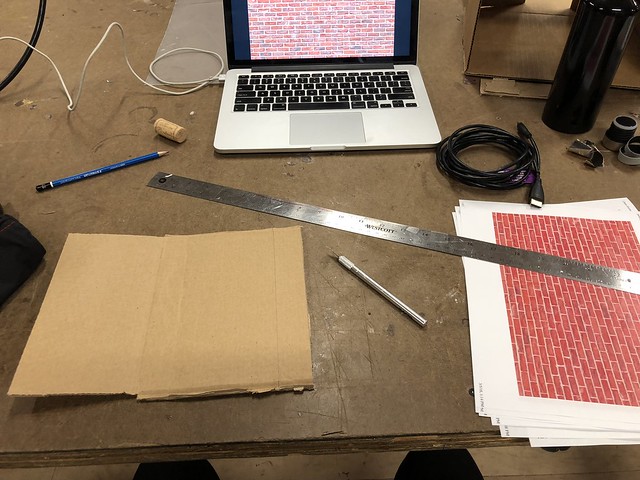 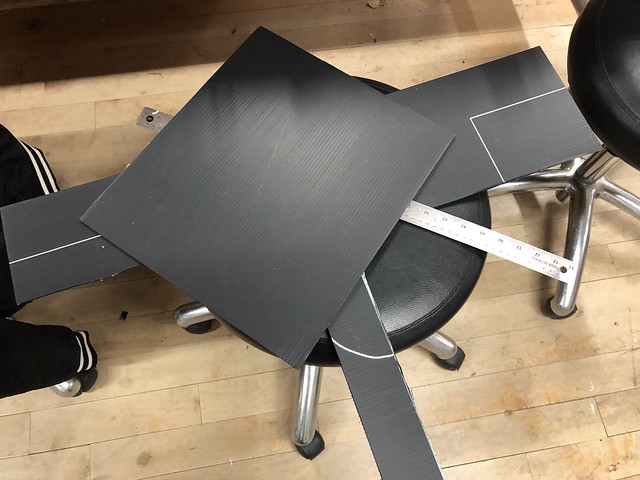 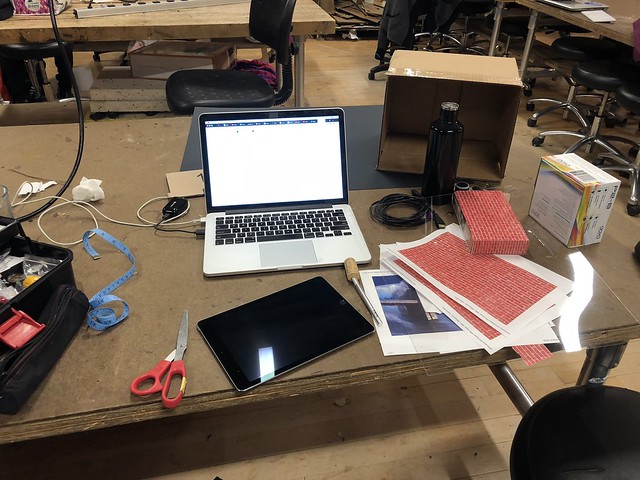 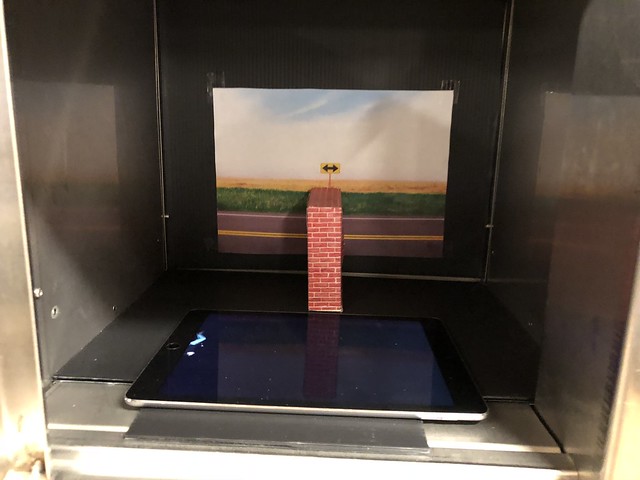 Then I positioned the clear acrylic (used to create the Pepper’s Ghost illusion) on an angle in my locker and put the brick wall in front of it. I quickly learned this wasn’t the right approach!

I needed the brick wall in the background so I rearranged some things and ended up with what you see below:

Eventually, I decided that the best way to view this was not through a tiny peephole but through a blocked out space through black foam board that would allow the viewer to see only the landscape where I was running back and forth on the picture I had printed out.

This was the final version, but I’m a bit unhappy that you weren’t able to see the background image very well. The critics who came to view our installations were also right about the lost use of the door being open as extra space that could have been utilized. Other than that I’m pretty happy about how it turned out!